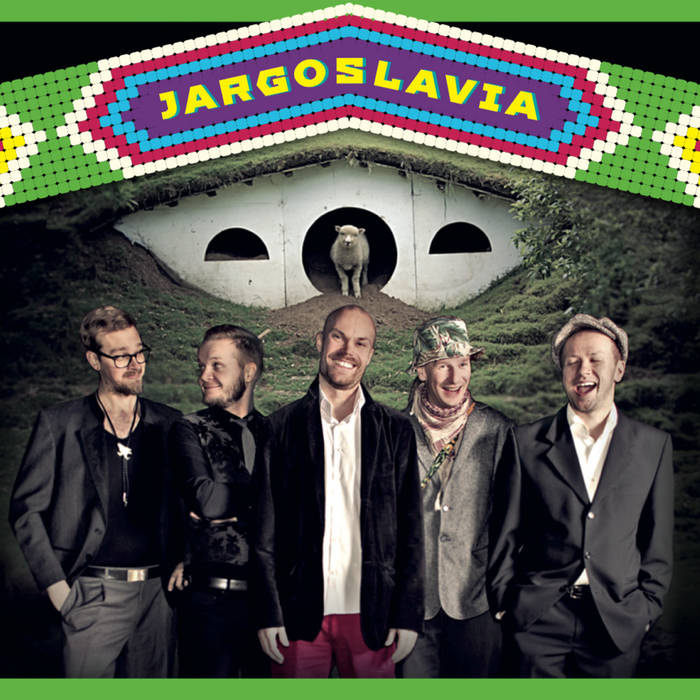 Jargoslavia was founded in 2012 by multi-instrumentalist Jarkko Jargeli Niemelä (eg. Jaakko Laitinen & Väärä Raha, Alamaailman Vasarat, Celenka, Tulenkantajat) with the idea to collect his musician friends together to interpret his original compositions. The music of Jargoslavia is influenced by different parts of the Balkans, the folk music of the Northern Africa together with explosive progressive jazz-funk. The Finnish lyrics with Lapland dialect complements the whole with topics like life in the mystical Jargoslavia, the nature itself and injustice of the world, not to forget about the joys of life like eating, drinking and... you know.

At the concerts, Jargoslavia has enchanted the audiences during the last few years: H2Ö -festival, Pori Jazz, Balkan Fever Club, World of Tango Festival, Flame Jazz Cruise, and in live music clubs all over Finland. The orchestra has visited the southern and eastern neighboring states of Estonia and Russia, too. The audience has eagerly been waiting for the debut album of the orchestra that already has grown some kind of a cult band reputation.

Bandcamp Daily  your guide to the world of Bandcamp